On the 26th October, climate activists with Alternatiba and Les Amis de la Terre called out the hypocrisy of the French government and fossil finance. Facing police repression, these activists showed their determination in calling for an end to pollution and greenwashing.

Bruno Le Maire, French Finance Minister, takes the stage to a packed room in Paris. He begins to give what has become the regular politician’s speech on climate change – not enough is being done, commitments are not going far enough, and we hope that more action is taken in future. Yet despite all this language, no major demands are made of the fossil financing bankers watching his speech, and no end to government subsidies to fossil fuels are announced. All bark, no bite.

This year was different however. After three years of Le Maire giving the same speech to France’s Climate Finance Day, activists sounded the alarm. As Le Maire attempted to speak, eighteen activists from Alternatiba Paris and Friends of the Earth France sounded the alarm, literally. As they made numerous alarm sounds ring across the auditorium, they displayed signs calling out the French Government’s hypocrisy and covered themselves in fake oil. Le Maire and the fossil financers could not be left with the usual speech, they were told more must be done.

As Lorette Philippot, one of the activists involved, explains, targeting the financial sector is crucial to tackling climate change; ‘the world is trying to produce more fossil fuels than we can afford to hit the 1.5 degrees climate target. We have to block the financial flows that go to these projects and companies.’

In fact, since 2016, the major French banks have increased financing to fossil fuels by an average of 19% per year, amounting to around €250 billion. Clearly, something must be done to force these banks to stop supporting the fossil fuel industry. Even then, the French Government can still provide subsidies to fossil fuel projects, and could support TotalEnergies’ Arctic LNG gas mega-project. In the words of Marie Cohuet, from Alternatiba Paris, the French Government is ‘preferring rhetoric to real political measures.’

In response to these activists making their voice heard, police detained ten of them for 24 hours, purportedly for staining the carpet of the venue. This marks a noticeable escalation in the face of climate protests by the French state. As Lorette states, ‘when we understood we would be there for the night, it felt like an injustice. We were punished for staining a carpet with fake oil, while the French banks that were in the room were directly financing oil spills and the destruction of entire ecosystems. I rarely felt so strongly how powerful the people we were going after are.’

‘At the same time, this was not such a surprise,’ continued Lorette, ‘in France we have witnessed a lot more repression over the past few years. It’s not necessarily something that would have happened in 2016 or 2017, but now over the last couple of years we have had more lawsuits and activists in custody.’

How does Lorette account for this extreme response to climate activism? ‘People inside the summit were not expecting us at all. They had no plan B. They were surprised. By showing we can come into this summit, and call out their greenwashing, we touched upon their world and their rule. Because we could impact that, it explains this harsh response.’

Despite the detentions, many activists who took part in the action remain hopeful. The groups succeeded in getting eighteen activists into an event attended by leading French bankers and Ministers. As Lorette explained, ‘I’ve been to this summit for four years, and to go alone this year was too much. I couldn’t just wait to see what was said by decision makers, we had to go as activists and put our voices inside the summit.’

How did Bruno Le Maire respond to the protesters? According to Lorette, ‘he went away without even looking at us. Which I take as his way of answering our demand for climate action. He simply couldn’t handle the fact that we were there.’

Activists from the action are calling on supporters in France to sign this petition. 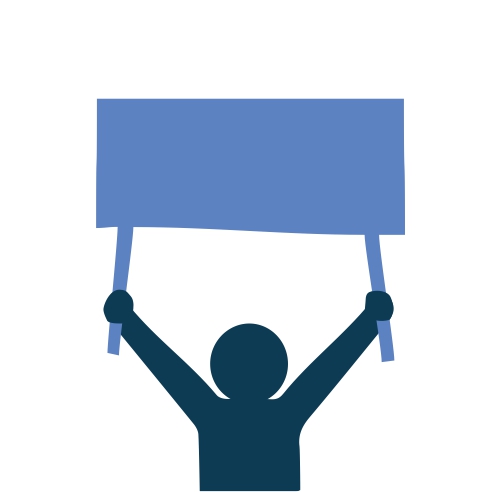